It opened with little fanfare and a short ceremony last October. President Xi Jinping of China marked the occasion with a single-sentence speech delivered from an artificial island built to house one of the bridge’s three immigration check points. Stretching 34 miles, including the length of two underwater tunnels, the $15 billion forked bridge connects Hong Kong to Macau and the mainland Chinese city of Zhuhai.

Although Xi didn’t travel across the Hong Kong-Zhuhai-Macau Bridge himself, the connector is symbolic of one of the president’s most ambitious policy plans to date: a scheme to unify 11 Chinese cities into a single sprawling megalopolis, covering 21,600 square miles, housing 70 million people and called the Greater Bay Area (GBA). For Hong Kong, closer integration could help open a vast market that sits just north of its border. For China, Xi hopes the GBA will rival San Francisco’s Bay Area, where financial services, shipping and innovation have formed a rich economic ecosystem.

The Basic Law grants Hong Kong the regulatory freedoms and political stability it needs to operate as a hub for international business and finance – a springboard for Chinese companies expanding overseas and an entry port for international firms targeting China.

The Greater Bay Area policy offers the best insight into what Hong Kong’s future role in the world will be.

What is the GBA?

The Greater Bay Area is comprised of nine cities in Guangdong – the southern province where Deng Xiaoping launched China’s policy of economic reform 40 years ago – plus the two Special Administrative Regions of Hong Kong and Macau. According to research from HSBC, the GBA generates $1.5 trillion in GDP each year, which is 12% of the national total for China, or roughly the same economic output as all of South Korea.

The “bay” of the GBA is really an estuary, where the mouth of the Pearl River lets out into the South China Sea. In fact, before the phrase “Greater Bay Area” entered policy lexicon in 2016, the region was referred to as the Pearl River Delta (PRD). At that time, the idea of drawing Hong Kong into closer economic partnership with the mainland was already underway. Beijing and Hong Kong developed the Closer Economic Partnership Arrangement (CEPA) to do exactly that in 2003.

On a practical level, cities across the GBA have been working as an integrated hub for decades too, if not centuries. Before the treaties that ended the Opium War ceded Hong Kong to the British in 1841 and opened up ports around China, all foreign trade was carried out through the Pearl delta. Merchants sheltered in the Portuguese colony of Macau during the monsoon season, then sailed up the Pearl River to trade in Guangzhou when the rains cleared.

Today designers headquartered in Hong Kong partner with manufacturers in Dongguan; Foshan has absorbed factory spillover from Guangzhou, the provincial capital, which is reinventing itself as a center for policy and finance; and Shenzhen’s exponential growth from fishing village to shining metropolis was spurred by technology and funds flooding in from Hong Kong.

But for all the cooperation, there are still friction points across the GBA. As Special Administrative Regions, Hong Kong and Macau mint their own currencies, rule by their own laws and manage their own borders, which creates roadblocks for trade and the movement of people. Even for the Hong Kong-Zhuhai-Macau Bridge, private car owners need to apply for a license and permit from their destination city before they can drive across.

“To put integration of the Greater Bay Area under a national banner is important,” says Lawrence Ho, Chairman and CEO of Melco Resorts & Entertainment, a global entertainment and gaming group with its main operations in Macau, and a member of the National Committee of the Chinese People’s Political Consultative Conference (CPPCC), a national legislative advisory body. “To make the GBA happen you need the cities to play ball and cooperate because every city has their own objectives. But I think now that all the cities have received their marching orders from the top, that will help.”

The “marching orders” were issued on February 28 when the State Council, China’s cabinet, unveiled a long-awaited blueprint for the GBA. Typical of Chinese initiatives, it was short on details and instead set out general objectives for the cities to achieve. According to the document, the “combined strength” of the Greater Bay Area should “increase substantially” by 2022 and then increase “vastly” by 2035.

“There are some directional areas of support that are becoming clear and deriving individual initiatives from the broad overview is what Hong Kong is good at.” says Matthew Phillips, a Hong Kong-based partner at PricewaterhouseCoopers. 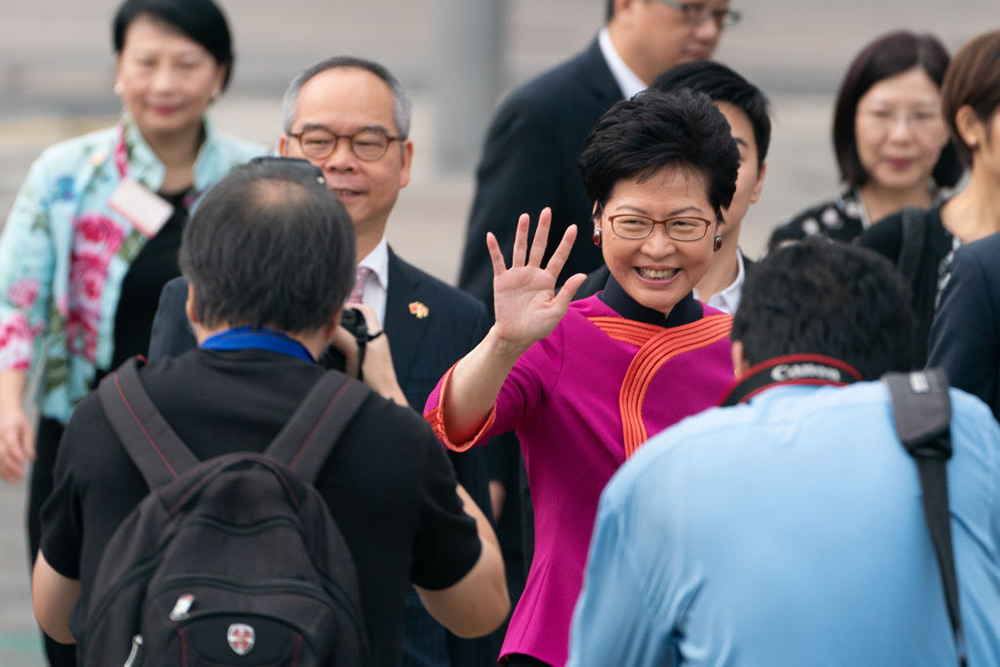 Within the GBA, Hong Kong is expected to leverage its status as a hub for international finance, aviation and dispute arbitration. The State Council’s blueprint also charges Hong Kong with developing innovation and tech. This latter role has raised a few eyebrows since compared to its northerly neighbor Shenzhen, referred to as China’s Silicon Valley, Hong Kong appears desperately behind on tech development.

Shenzhen is home to major tech giants like Tencent, Huawei and Xiaomi; the city has electrified its public buses and taxis mostly with the help of local Tesla rival BYD; and, as in many other cities in the mainland, mobile payments are the preferred currency in Shenzhen. In contrast, Hong Kong’s most famous companies are traditional real estate conglomerates and banks; the city is plagued by a shortage of taxis; and cash is still the most common means of payment.

“For twenty years Hong Kong talked only about low tech,” says Albert Wong, CEO of the Hong Kong Science and Technology Parks Corporation (HKSTP), which manages the government-funded Hong Kong Science Park, established in 2001. “Hong Kong people had a saying that ‘the high-tech causes trouble, only the low-tech is profitable.’ I think we lost twenty years to that.”

Wong admits the science park, which was built on the coast of the New Territories 18 miles from the Hong Kong’s central business district, only gained success over the past three years. Before that, the park’s remote location and, more importantly, lack of government funding meant it failed to attract and retain talent.

At a tech event last year, Hong Kong Chief Executive Carrie Lam, the administrative region’s top lawmaker, bemoaned the loss of drone-maker DJI, a company with $21 billion in revenue last year, as a mistake Hong Kong shouldn’t repeat. DJI CEO Frank Wang was a student at Hong Kong University of Science and Technology in 2006 when he founded what would become the world’s largest drone manufacturer. However, unable to find financial support in Hong Kong, Wang took the idea to Shenzhen, where the company is now headquartered.

But even though it lost DJI, the HKSTP has had other big wins. SenseTime – founded by a professor at Chinese University Hong Kong and now the world’s most valuable A.I. start-up at $4.5 billion – is headquartered at HKSTP. The doors to the HKSTP’s corporate offices are secured using SenseTime’s facial recognition tech. Staff scan in using a small video module next to the entrance.

“If DJI was starting now, I think we‘d have a way of keeping them here,” Wong says, pointing to the $1.3 billion in funding the park received from the government last year. “The recent government has put a lot of emphasis on tech innovation and I think we’re catching up.”

The future for finance

Hong Kong is more readily considered a financial capital than a tech hub. The Heritage Foundation, a U.S. think tank, has ranked the former British colony as the world’s freest economy annually for the last 25 years. And last year, Hong Kong’s bourse regained its status as the world’s most popular destination for IPOs, with 125 companies raising $36.5 billion.

At a speech given February 21 during a symposium in Hong Kong, where the GBA blueprint was unveiled, Chief Executive Carrie Lam emphasized that the integration policy had pledged to uphold the “one country, two systems” model that currently dictates Hong Kong’s relationship with mainland China – an understanding that Hong Kong is part of China (one country) but operates with a high degree of autonomy (two systems).

“Hong Kong is still the international hub for China in and out and I don’t think that will change for a while,” says Tony Verb, vice chair of the Hong Kong Smart City Consortium’s committee on GBA investment. Verb is launching a venture to draw European start-ups into Hong Kong, using the SAR’s closer integration with the GBA as a primary selling point.

“It still need clear consensus to let Hong Kong integrate into GBA,” he says. “But I’m hopeful because this region has been thriving.”